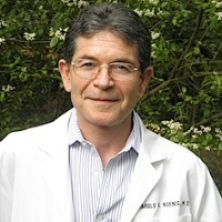 Dr. Koenig completed his undergraduate education at Stanford University, his medical school training at the University of California in San Francisco, and his geriatric medicine, psychiatry, and biostatistics training at Duke University.

Dr. Koenig is the director of Duke’s Center for Spirituality, Theology and Health, and has published extensively in the fields of religion, spirituality and health, with over 550 scientific peer-reviewed publications and book chapters, and more than 50 books in print or in preparation for publication.

His research on religion and health has been featured on many national and
international TV news programs (including ABC’s World News Tonight, The Today Show, two episodes of Good Morning America, Dr. Oz Show, and NBC Nightly News) and hundreds of national and international radio programs and newspapers/magazines (including Reader’s Digest, Parade Magazine, Newsweek, Time, and Guidepost).